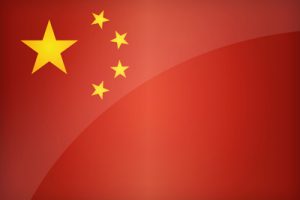 The officially reported numbers for China’s gold reserves have remained unchanged 1842.56 metric tons.  But China has gone for extended periods in the past without reporting any changes in its gold holdings, and then suddenly reports huge new total reserves.

What also goes unaccounted for in these numbers is the flow of the world’s gold from the West to private hands in China.  This is an almost subterranean flow reported by bullion banks and refineries that has huge economic significance and yet has been grossly undernoted in official circles.

While the West’s governments print paper money, their countries are being decapitalized of real, enduring money.

At the same time, China is also the world’s largest gold producer. It has more than twice the annual gold production of the US.

Much of China’s move into gold remains shrouded in mystery, which is probably what its government prefers. Why let the world know you are aggressively acquiring gold?  Better to operate quietly and buy what you can while prices are still low. Even so, a recent Bloomberg story cites a Hong Kong consultant who observes that with strained relationships with the US over trade, China now has fresh motivation to add to its gold holdings.

That means that China loans money to the US government, enabling Washington to continue to spend more money than it takes in. The US is so debt-addicted that it is dependent on foreign creditors like China.

While this is a vulnerability of the US, it also means that China is highly vulnerable to the US government’s favorite tool for conducting its foreign policy: embargos, restrictions, and sanctions.

What this means for investors: Long ago there was an expression in the gold business that asked, “Are you as smart as a French peasant?” It referred to the people’s insistence on owning gold, since they had been fleeced by paper money so many times in their history.

Today we would suggest that our clients be as wise as China, which is quietly acquiring as much gold as it can while prices are low.