Gold Under Pressure This Week from the Greenback, But Problems in the Bond Market Are Looming

Gold Under Pressure from Rising Greenback This Week 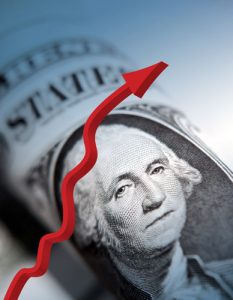 Precious metals were rallying early in the week, but faced some push back on Thursday. By Friday gold prices lifted again slightly and were sitting just over $1,320. Silver ended the week around $16.55. The resistance mid-week came from a rising dollar index. As it retreated again Friday, metals were able to eke out a slight edge up, but remained vulnerable for the week.

What this means for investors: The dollar’s strength and its fluctuation has been subject to much debate by political leaders recently. President Trump and Treasury Secretary Steve Mnuchin have both said recently that the dollar is too strong, and later flipped to say it needs to stay strong. Gold and the dollar generally have an inverse relationship. However in the past year, the price of gold relative to the value of the dollar has gone up while the dollar went the opposite. Even as gold is under pressure this week, there’s a longer term trend indicating more movement for gold ahead. Furthermore, rising inflation looks bullish for gold. 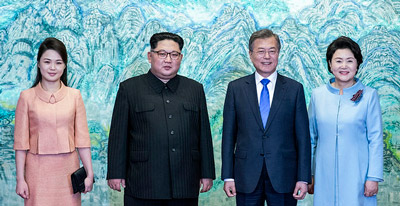 A historic summit between the leaders of North and South Korea on Friday eased back potential safe haven buying. Kim Jong-Un and Moon Jae-In vowed to finally end the Korean War. It has been 65 years since the armistice that ceased hostilities, though the war technically never ended. They also pledged to end nuclearization on the Korean peninsula.

What this means for investors: Gold has been getting a consistent boost over the past couple years from bellicose rhetoric from North Korea and its missile tests. The welcome news of reconciliation will mean less of the short term, geopolitical fear bumps gold has been getting.

Rising Interest Rates and Problems in the Bond Market 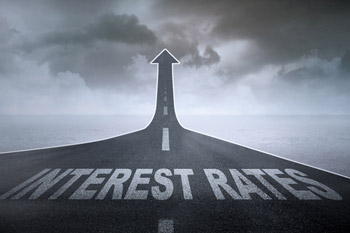 While a volatile stock market the past couple months has prompted jitters from investors, problems in the bond market are also looming. Yields have risen to levels not seen since the 2008 crash, and the yield curve is flattening. As the yield curve narrows, it generally means less optimism about economic growth. Right now, the Fed wants to keep raising rates as projected, despite the troubling signs of inversion on the yield curve.

What this means for investors: Yields over 3% is partially what kept gold prices down this week. Usually higher interest rates do mean lower commodity prices. Although that won’t be the case when it leads to economic crisis. Right now the Fed is tightening monetary policy by pushing up short term rates. However as it attempts to “normalize” rates, it is actually flattening the curve. If it inverts, the Fed is going to have to slow down or reverse current policy to prevent an overheated economy. This is something many experts are already preparing for.

Rising interest rates is also a problem for the huge budget deficit. The U.S. is running a $100 billion deficit PER MONTH and rising interest rates compound the problem. U.S. interest payments on debt alone are set to nearly overtake defense spending as the number one line item in the federal budget.

For further reading on the topic of Federal Reserve manipulation, fiat currency, and inflation, check out this excellent article from the Ludwig von Mises institute by clicking here. It explores the fragility of fiat money systems and their inevitable boom and bust cycles, and what current economic conditions in the bond and currency markets – despite pundits’ optimism – are warning.