Gold Was Up and Down This Past Week 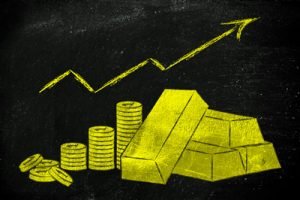 After previously being quiet, gold was up and down this past week. However by Friday it was on pace for its biggest weekly gain in two years. It started the week just under $1,320 and rallied to $1,350 on Wednesday. Friday opened with gold still over the $1,350 mark. Silver rose with gold mid-week as well, but it remained under $17 an ounce all week. Metals were helped in part this week by a weaker dollar index (a 3 year low) and some inflation concerns. Chinese gold buying ahead of the Chinese New Year (the Year of the Dog begins this weekend) also helped gold.

Gold got its bump this week in part due to Wall Street starting to eye it.  The U.S. Labor Department released its Consumer Price Index (CPI) report Wednesday, and this helped give gold that mid-week boost. The CPI (which tracks prices of consumer goods) had risen more than expected. This was its largest increase in thirteen years. Another labor report documented an unexpected rise in wages and sparked an equity sell-off, sent the Dow Jones into correction, and lifted the 10-year Treasury note to a four year high.

What this means for investors: There is growing indication that inflation is making a comeback. Precious metals are the classic hedge against inflation, and with its return, gold prices will likely rise. Gold was up and down this week, but rising inflation will eventually translate to rising gold.

Stock Market Bounces Back for Week of Gains 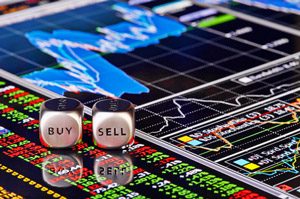 The stock market bounced back this week after it’s drop off last week. Last week it dropped by levels not seen since 2008. The markets posted gains throughout this week though. In fact, it reversed most of the correction from last week. Despite the correction last week, gold remained fairly quiet, and metals actually gained more this week due to the weaker dollar and rising bond yields. The bull market for stocks doesn’t seem to be over quite yet, despite the eerie correlation of this economic climate to 1987.

What this means for investors: Some analysts still think volatility is ahead for stocks though, despite the bounce this week. This means that these gains wouldn’t last. The 10-year Treasury yield will probably continue to rise higher, which is going to worry stocks. Strategist Jim Paulson expects a 15% correction later this year. Rising rates and potential inflation are worrying investors and starting to think about safe havens now. 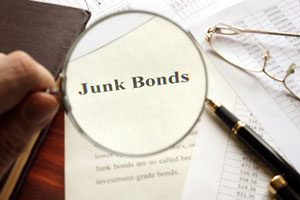 Right now, U.S. junk bonds are riskier than those from emerging markets. According to Bloomberg data, bond yields on emerging market junk bonds are below those of the U.S. for the first time in over two years. Emerging markets are essentially economies in countries that do not have advanced levels of market efficiency and strict standards in accounting and regulation, but are moving towards it (for example: Hungary, South Africa, Brazil, Mexico).

What this means for investors: The bond market and rising yields is what has many investors worried. This spike in risk in U.S. junk bonds indicates a disconnect between fundamentals and prices in this economy.