Increasing European Political Uncertainty Will Be a Driver for Gold 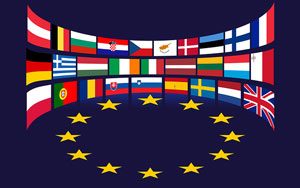 Plummeting levels of confidence in national governments (and even more so in the EU) is leading to increasing European political uncertainty. This is true in the U.S. as well. Donald Trump’s election and the Brexit vote are indicators of rising populism and uncertainty.

Other prominent indicators are upcoming elections in France and furthering issues with Greek debt. In France, right wing leader Marine Le Pen could be the first Front National (FN) candidate elected President. She is topping the polls and gathering working class, traditional socialists who are dissatisfied with the establishment. Industrial regions in France are stagnating and job prospects are dismal. Le Pen, an outspoken EU critic, has also spoken out about France holding its own Brexit-style referendum on membership.

Greece’s debt problem – which has never been resolved, merely stymied by bail out funds – has reared its head again to haunt the EU. Greek debt is at 175% of GDP and payment deadlines to the IMF and EU for previous bail outs are approaching. The IMF is unwilling to lend more due to its pessimistic outlook, and Germany is reluctant to continue to prop up Greece without IMF assistance as well. Greece declares it is politically impossible to meet EU deadlines. This is because it has already endured eight years of austerity with little growth resulting.

What this means for investors: Euroskepticism is pervading the EU, and France and Britain are leading the way. Experts and analysts are predicting populism, rather than monetary policy, could be the biggest market driver in the near future. Populist movements tend to spark volatility in the markets, which will be beneficial to gold and silver. Furthermore, as resistance to the establishment and elites grows, people will feel safer holding their investment in hard, tangible form. 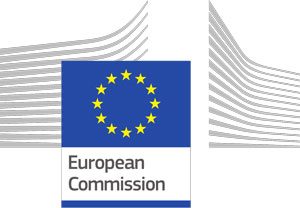 In further EU news, recently, the EU Commission (the most powerful branch of the organization) published a roadmap to limit – and eventually do away with – cash transactions. The reasoning behind it is that terrorists and criminals conduct transactions with cash. The likes of Ken Rogoff and Joseph Stiglitz are advising the Commission in this blatant attempt to move to a cashless society, disregarding the vast number of EU citizens who use it for peaceful business means.

There are numerous regulations at place at national levels to limit cash transactions. Moreover, any harmonious EU-level directive is going to inevitably hurt the smaller, less wealthy EU economies. This plan is more than likely an attempt to solidify greater control in the hands of the EU.

What this means for investors: With increasing European political uncertainty, this is an ominous sign. Perhaps this is further attempt to maintain establishment authority and crack down on populist resistance to the EU.

Cash in the bank is never 100% safe. Financial and economic collapse can wipe away savings in the blink of an eye. Furthermore, you do not always have access or control over it once you have trusted it to a bank. Having some gold and cash outside the control of banking institutions is the only way to guarantee your direct control.

Trump Bullish for Gold? Watch the Signals from Gold and Bonds 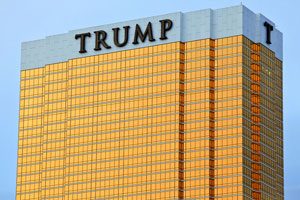 There is a strong case for buying gold in a Trump economy. The bullish case for metals is getting stronger, and more investors are changing their tune on buying precious metals now. The initial stock market rally after the election pushed gold prices down, but prices have been mostly rising through 2017 on uncertainty and protectionism.

Gold prices pulled back Friday, but had climbed to just over $1,240 during the week, which was a 2.5 month high. Now gold and bonds are flashing signals similar to those that preceded the 1929 and 1987 financial collapses. Bond yields are rising too with gold. Rising yields and rising gold signal inflation.

What this means for investors: Rising inflation will lift gold prices. Not only will gold become a more attractive investment than other assets for its rising value, but it will also be a safe haven. If the historic parallels for bond yields and gold hold true again, the economy could be steered towards a painful correction. Use opportunities like Friday’s pull back to protect your wealth with gold and silver.

Iran Rejects the Dollar for Basket Currencies as Reserves 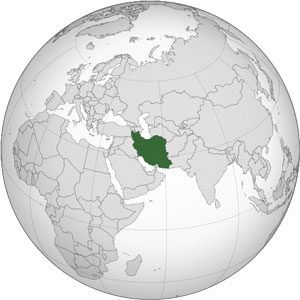 Market volatility can be triggered by geopolitical events. There is likely going to be increasing volatility coming from Iran as tensions escalate. Recently, Iran ditched the U.S. dollar for its official financial reporting. They have said that they will use either a basket of currencies or pin their currency against that of their closest trading partner (likely the Euro). The shift from the dollar by Iran came in ‘retaliation’ for the immigration ban issued by President Trump against seven countries, which included Iran.

What this means for investors: The dollar is used as a global standard, so there is often high demand for the dollar. This contributes significantly in strengthening the dollar. Its strength (which has been at raging highs lately) will take a hit if demand for it as a common gauge goes down. This also highlights the scaling tension between the U.S. and Iran.

Iran Rejects the Dollar for Basket Currencies as Reserves