October Spending Hit A Quarter of a Trillion Dollars – How Massive Can the Deficit Get?

October Spending Hit a Quarter of a Trillion Dollars 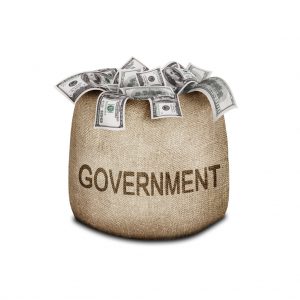 The big story right now that no one is talking about is that October spending hit a quarter of a trillion dollars. October is generally considered a better month for the U.S. Treasury Department with the additional revenue of tax extension filers, but even with the extra checks coming in, the federal government added about $220 billion in that one month alone. To put that number in perspective, that’s 4% of U.S. GDP, and ten years ago, $161 billion was the entire U.S. deficit.

By 2023, the national debt could be at $25 trillion at this rate. These numbers are staggering, and no one is talking about them. Furthermore, consumers are drowning in personal debt. Defaults on debt are increasing, and eventually these debt numbers will trigger a significant event to attempt to correct.

What this means for investors: This is all indicating an inflationary trend. Money is being created that cannot possibly ever be repaid. This is going to spark a leap in gold as the dollar’s value plummets. Historically, gold and silver both experience terrific rallies when this happens.

Despite the wildly spiraling debt, President Trump’s tax plan announcement this week promised tax cuts. Less revenue for the federal government along with higher spending. The stock market, however, took it as a rallying cue this week.

The President also announced a new Fed chair to replace Janet Yellen, whose term ends next year. His pick is Jerome Powell, a governor of the Fed board since 2012. The expectation is that Powell will be generally of the same ilk as Yellen on monetary policy. If he keeps raising rates as Yellen proposed, the cost of servicing the burgeoning debt is going to be enormous. It will be approximately $875 billion a year just to SERVICE the debt (not even pay it off) by 2023 if we stay on the current path. So although the announcement kept the gold market in check this week, long term gold will start looking like a safer place for parking assets.

What this means for investors: Gold this week stayed in the mid $1270 range. Silver opened the week at $16.70 and closed at $17.15. Investor optimism continued to boost the stock market this week along with the announcements from the President. Gold and silver both are both at a good buy price right now for long-term holdings.

Is This the Beginning of the End of Fiat Money? 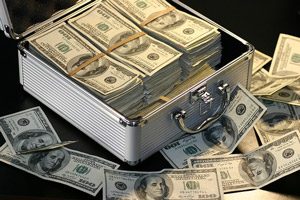 Jim Reid, an analyst at Deutsche Bank, recently published a controversial report on the beginning of the end of fiat money. In it he pointed at record debt, financial bubbles, and central bank policies that are leading to another financial crisis. In Reid’s assessment, it is the fiat money system that has encouraged and necessitated the boom and bust cycles that we see. When the system shed the gold standard in the 1970s, the fiat system catalyzed burgeoning budget deficits, unstable markets, imbalances, and crises.

What this means for investors: Historically, fiat currencies are always associated with high inflation. Reid’s report raised the question about whether over the next decade or two, we may need to implement an alternative to the unstable fiat system we have now. He pointed to the popularity of cryptocurrencies and blockchains as evidence of this. Gold has been real money and wealth for thousands of years, and returning to it could help stabilize this volatility our current system is subject to. 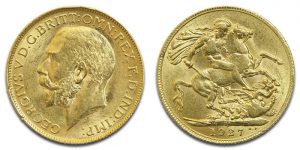 Although the gold markets have been remaining fairly quiet lately, gold demand in Europe is quietly on the rise. New EU directives on bank “bail-in” programs have investors moving their savings out of precarious savings accounts and into gold.

For example, in Italy, banks are collapsing, and citizens are worried about losing their hard earned savings if the banks go under. Germany has seen a sharp uptick in physical gold investors as well.

What this means for investors: Investors on the other side of the Atlantic are worried about the recovery…more specifically, the lack of recovery among some major banks. They are buying now while prices are still staying quiet, and ultimately this demand will help push prices higher.