Building on recent strength, the dollar index drove gold down slightly this week. Gold prices hovered in the mid $1270 range all week. Silver started the week just short of $17 and closed lower at about $16.77. Stocks were up at the beginning of the week, but a five month high for treasury yields Wednesday reigned in stocks, giving gold a boost.

Yields were up because of a sell off of treasuries. One of the triggers for this sell off was anticipation that President Trump could be appointing a hawkish Fed chief next year to replace Janet Yellen. Some experts are seeing bond market mayhem ahead on the charts, and anticipating that it’s in for an overdue bear market.

What this means for investors: The signs from the bond market seem to be showing long term bullishness for precious metals. The bond market is flashing warnings right now similar to those before the last financial crisis. Check it out.

News out of Europe was a significant market driver this week as well. Mario Draghi – head of the European Central Bank – announced that its quantitative easing program will be reduced. The euro took a sharp dive following the meeting, and this further bolstered the U.S. dollar index, putting pressure on gold. ECB and Federal Reserve monetary policy appear to be making a divergence, which is unsettling the markets. Draghi came across fairly dovish signalling no interest rate change for the time being while reducing the monthly bond buying program.

Politics were also a mover for the markets this week on the other side of the Atlantic, and will likely continue to be. On Friday gold got a boost on safe haven demand as the Catalonia region declared independence from Spain after the referendum it held a week ago where the people voted in favor of breaking away from Spain. The Spanish government, unsurprisingly, declared the vote illegal. After the independence announcement Friday, the Spanish government moved to disband the Catalan government.

What this means for investors: European politics are becoming increasingly volatile. Populism and anti-establishment sentiment are increasing. The EU is straining from this discontent while also weighed down by a massive debt burden. Right now these things are keeping the euro down, which boosts the dollar. However, in the longer term, these are catalysts for safe haven buying. 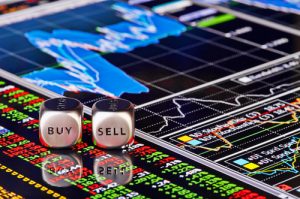 There was some market sell-off Wednesday that lifted gold prices. Earlier this week though the Dow Jones hit a new record high, which weighed down precious metals. Reported earnings have been helping the rally recently, but there aren’t a lot of triggers left in this run to keep pushing it further.

What this means for investors: Many investors are still staying in stocks for now, but the buy phase is winding down. It’s now a hold and wait game. The stock market is certainly over valued, and will have to blow its top.