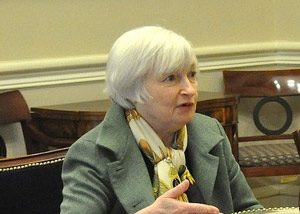 It’s no secret that there is a runaway national debt problem in the U.S. The total national debt right now is about $20 trillion and rapidly rising. Federal Reserve chair Janet Yellen was recently on record of saying that she is worried about the sustainability of the rising trajectory. She furthered this by saying that this is, “…the type of thing that should keep people awake at night.”

Along with the massive scale of U.S. debt, what is further troubling is that this is the first time in modern history that U.S. government debt will surpass household debt. On one hand, since the 2008 crisis, many households have been more prudent on accumulating excessive amounts of debt and thus the rate is not rising too sharply (although household debt still surpassed its pre-crisis peak this year). However the rate of government debt accumulation is spiking. This means in the event of another significant economic downturn, recovery and government bail out will be far less feasible.

What this means for investors: The Fed arguably helped balloon the national debt through its low interest rate policy. In fact between 2008 and 2015, the debt expanded 77%, so it is significant that its current chief is now raising alarm. A national debt level like this is unprecedented in history, and such overspending always leads to a system collapse eventually.

Gold Finishes the Week Down

Gold struggled this week. It fell from the mid-$1,2700s to around the $1,250 mark. However mid-week it was able to eke out some gains. It got its boost Wednesday on geopolitical crisis fears after President Trump announced the United States’ recognition of Jerusalem as the capital of Israel. Most analysts are fearful of heightened tensions in the region over the move. Gold was under pressure this week from jobs data released on Friday and the market enthusiasm after the passage Senate tax reform bill. Bitcoin’s massive surge this year is also pulling some “safe haven” buyers that direction and away from metals.

What this means for investors: Gold and silver were both up against resistance this week. Silver finished the week $15.80 down over 50 cents from the start of the week. Stock market highs and a stronger dollar index are weighing on metals. Something to watch going forward is how geopolitical developments move the markets as the implications of heightened tensions is realized. 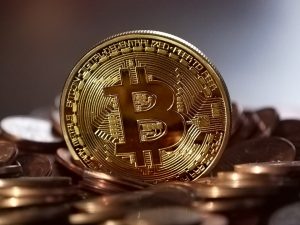 The cryptocurrency bitcoin took much of the spotlight this week after it surged over $19,000 on Thursday before pulling back. Bitcoin has rallied 1,400% this year, and other cryptocurrencies have also been on the rise. The virtual currency is drawing both investors who thrive on volatility and, ironically, who like safe havens because of the lack of government control over it.

What this means for investors: Bitcoin’s appeal for many buyers is its decentralization and lack of oversight. However it has the massive drawback of being created essentially out of thin air, and lack of oversight means fewer protections for the buyer or miner. There have been many situations already where cryptocurrency trading platforms have crashed, the virtual wallets have been hacked, or people have lost access to their bitcoin. Bitcoin has certainly made a lot of money for some people, but in the long run, it won’t preserve wealth like gold does. It is a bubble that will keep growing for a while before crashing.

The Market Could Have a Problem

Stocks finished the week up, and many investors are still bullish for now. After all, this Dow has been hitting new records nearly every week. The problem though? There might not be anything left for investors to rotate into. The frenzy in recent weeks has been spurred by traders buying into sectors that will be helped by the tax reform bill, but while the tax bill is a positive market mover right now, there is some vagueness about its implementation that could lead to uncertainty down the road. Discrepancies between the House and Senate bills over timeline of corporate tax cuts and the corporate tax rate cut will probably lead to some political deadlock. Ultimately as well, this kind of trading in the past few weeks looks like it will be topping out.

What this means for investors: Compounded with this is the fact that a great deal of stock buying right now is fueled by corporate stock buybacks. Stocks could stay bullish for a while, but the indicators point to lack of sustainability in the long term. If you’re thinking of diversifying with precious metals, now is a good time while prices are low.