The Gold to Silver Ratio Is Near 80 – Is Silver Undervalued?

Gold to Silver Ratio Is Near 80, Signaling Time to Buy Silver 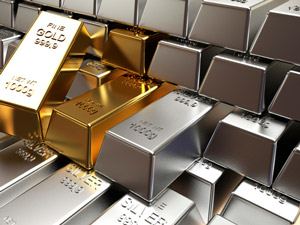 Right now the gold to silver ratio is near 80 (hovering in the high 70s). Essentially, about 80 ounces of silver are equal in value to 1 ounce of gold. This is an unusually high ratio, and historically, it signals a buying opportunity for silver. It’s no secret right now that metals prices – both gold and silver – have been facing some headwinds against a strong dollar. However silver is looking particularly undervalued. Some investors are choosing to trade in gold for silver right now in order to maximize portfolio value.

What this means for investors: Looking back at the gold-silver ratio from 1991 to 2007, the current ratio is sitting closer to the market low than to later highs. Yes, silver prices are low right now, and that’s why it is a great buy. The charts indicate that a bullish break for silver is coming. Historically, wide gold-silver ratios like the current one precede upward price movement, which is why savvy investors are buying now while silver is cheap. The ratio now is similar to what it was just prior to the 2008 financial crisis and recession. Following the financial meltdown, silver rallied 400% over three years, as these charts show. Read our original article about the Gold-Silver Ratio here. 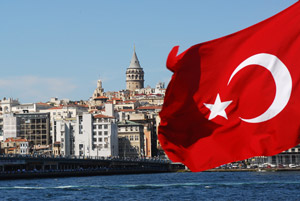 On Friday, stocks took a big hit over economic turmoil in Turkey with the Dow falling triple digits. The Turkish lira dropped 28% this week with investors worried that Turkey can’t cover its debt. Furthermore, President Trump authorized tariffs on metals imports from Turkey. This was done over the jailing of an American minister that Turkish president that Erdogan accused of participating in an attempted coup last year. Other emerging market currencies experienced a hammering as well. The European Central Bank was concerned over the Turkish contagion spreading to banks in Germany, France, and Italy that were not adequately hedged. These geopolitical concerns raised volatility, which is usually a driver for gold prices.

What this means for investors: Turkey seems to have been preparing for an event like this. For example, they have been repatriating gold, shifting reserve holdings to gold, and private citizens have been buying more gold. Gold, as the ultimate safe haven, offers a lifeline as Turkey faces currency crisis. It is also worth pointing out that emerging markets in general were hammered by the news from Turkey. If volatility continues to go up over possible contagion spreading from Turkey, expect stocks to continue to get hit. Surprisingly however, gold only got a small boost from the news, since the dollar is still looking strong as a safe haven.

The stock market is overvalued. Numerous investors and analysts have been warning for some time of this. In the words of Ron Paul, we’re in the biggest bubble in the history of mankind right now. Famed investor Warren Buffett’s favorite indicators are the saying the same. That indicator is simply the total market value of all stocks divided by the gross domestic product. When that ratio is over 100%, stocks are considered overvalued. Prior to the dot-com bubble burst, it was at 145%. Right before the 2008 financial crisis, it was at 110%. Currently, it’s at 149%.

What this means for investors: This means that the stock market right now is the most overvalued it has been in American history. But the overvalued stock market isn’t the only recession indicator at play right now though. The yield curve has been flitting towards inversion for some time now. With more Fed rate rises on the way, short term bond rates are threatening to move higher than long term rates, which historically has always preceded recession.