Britain holds a historic vote this Thursday – June 23rd – to determine whether they will remain in or leave the European Union. The question will be determined by referendum – a yes or no question decided by popular vote. What does it mean for Great Britain, Europe, and the globe if Britain exits the EU? We will break down questions you may have about the EU, Britain’s role, the referendum, and its future implications. Let’s look into what tomorrow’s Brexit vote means to investors…

Why Does Britain Want to Leave? 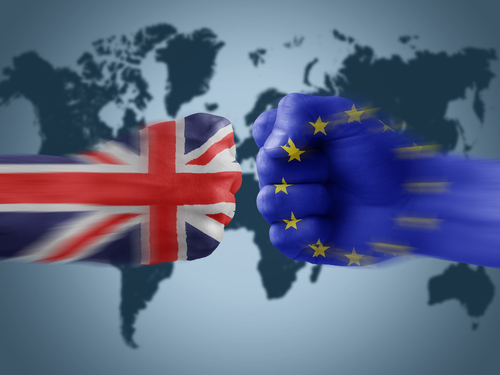 Current British Prime Minister David Cameron campaigned on the promise that he would hold the referendum if elected in 2015. His promise was in large part due to mounting pressure from Conservative Members of Parliament and the UK Independence Party (UKIP).

The “Leave” campaign argues that the EU has become too powerful and over-bearing and started to erode nations’ sovereignty in favor of a federal Europe. They believe it has too much control in peoples’ daily lives while operating with too much secrecy. It’s processes and institutions are unlike any other organization making it both too empowered and too distant. Many are also opposed to the influx of immigrants from other EU states that are enabled by the visa free moment, living and working rights of people across borders. The proposed “resettlement quota” proposed by the EU for Syrian refugees in each EU nation further fueled many of these sentiments.

Those arguing for a “Remain” vote see improvements to their daily lives and opportunities from EU membership. Many also like the strong commitment the EU pledges to workers’ rights and education opportunities. They also see a “Leave” vote as causing innumerable economic and logistical burdens for:

What is the Purpose of the EU?

The EU is a complex, bureaucratic organization that many people – including EU citizens – struggle to fully understand. Knowing how the EU arose and how it operates is useful in understanding both the “Leave” and “Remain” campaigns.

The European Union was founded as an economic union on the principles:

It was based on the idea that if countries were economically dependent on one another and enjoyed this freedom of movement across borders, future conflict could be avoided. It has become an increasingly political organization as well with a foreign affairs branch and leadership having significant weight on the global diplomatic stage.

Timeline of the EU:

How the EU Works

The four chief institutions of the complicated structure are briefly explained in this video from BBC.

How the EU operates and legislates is far more complicated. It is the murkiness around the working process that alienates and disillusions many of its citizens.

GO: What Happens if the Referendum Passes?

STAY: Why Britain Could Vote “Remain”

What the Referendum Means for the Future of the EU

Whether the referendum passes or not, it presents important questions for the future of the EU. “Euroskepticism” is on the rise in many more member countries. If Britain does leave, many predict there will be a domino effect of member countries holding referenda. If it doesn’t leave, Britain’s example could still prompt other nations to hold referenda and cause exits of other nations until the organization finally unravels.

Alternately however, a British “Remain” vote could be interpreted as a vote of confidence in the EU. Regardless, the aftermath of the June 23rd referendum will be worth following and will have significant historic and economic repercussions.