What’s Ahead for Gold and Silver after the Summer? 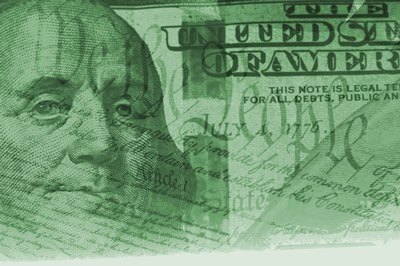 Gold closed out July hitting two-week highs and seeing gains through Thursday and Friday to settle at $1350 by Friday close. The metal has entered a new bull market and is now up 26% for the year.

There were several factors influencing its run this week. The first was the Federal Reserve decision not to raise interest rates. The economic and labor market data is still not strong enough to predicate raising rates. Expectations of more Brexit induced stagnation and a continuation of central banks in Europe and Japan pursuing monetary easing are also significant factors. Crude oil is also plunging, and U.S. durable-goods orders fell ahead of the Fed meeting.

On Friday the results of a stress test on Europe’s leading banks were released, and their weak results further gave gold prices a positive push. The oldest bank in the world, Italian Banca Monte dei Paschi di Siena, fared the worst out of the fifty-one banks tested, but most of the banks tested had worrying results. There is around 1 trillion euros of non-performing loans plaguing the European banking system. The stress test did not include a test for Brexit volatility and continued negative interest rates.

What this means for investors: The U.S. economy is not as stagnant as those in Europe and Asia, but it still not as strong as many peoples’ expectations and with the global economy becoming increasingly inter-dependent, this will put a strain on the world system at large. It is worth noting that the European bank stress test did not include the Brexit and negative interest rate factors, which are two of the direst indicators of the lagging economy. As economic uncertainty looms ahead for 2016, gold and silver could see significant further runs.

The November Election and Other Reasons Gold Could Still Run 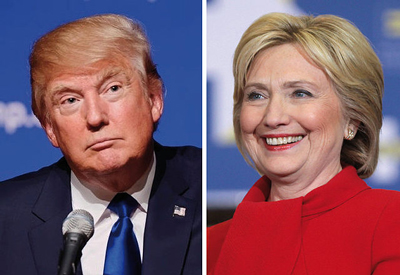 Major events, particularly political and geopolitical, impact gold and silver significantly. This year’s U.S. Presidential election is quickly becoming one of the most theatric and ugly elections and could its outcome – regardless of victor – could create a great deal of global volatility as elections often do. Some analysts have even gone as far as to cast a possible Donald Trump win as one of the biggest threat to global stability due to the unpredictability of what a Trump administration might look like. Regardless of whether this is a viable assessment or not, an unpredictable future tends to drive gold demand.

Gold demand is steadily rising in Great Britain and Japan on economic uncertainty fears. Although for most the Brexit economic fears were not fully realized, there is still a sense of fear as to what it will mean long-term if Britain leaves, and there has been a sharp upswing of British citizens buying gold (many for the first time). On the other side of the globe, there is a similar spike in gold buying as Japanese citizens see the BoJ’s monetary policy lagging, and government bonds fall below zero. Over $11 trillion of government debt around the world is currently at negative yield, and that kind of global strain can only hold for so long before there are dire repercussions.

Gold has been putting in a strong performance this year (up 26%), but it is currently playing second violin to a particularly strong equities market. Many investors agree, however, that gold is in a new bull market, and when the stock market enters an inevitable correction, gold prices will jump further.

What this means for investors: Many experts are predicting that gold will close the year at $1400. If that is the case, now is a prime buying opportunity. Safe haven buying around the world will also continue to drive gold prices. Silver has been moving in line with gold, making it an attractive investment as well.

The Federal Reserve Doesn’t Seem to Know What to Do

Gold prices lifted significantly mid-week after the Federal Reserve meeting where the Fed made the decision to postpone lifting interest rates yet again. Many have been expecting the rate increase to happen for the past couple months, but there is still no clear indication of when it might happen.

On Thursday the Fed announced that it would keep rates low and gold and silver prices responded accordingly by rising, which lasted through Friday. Danielle DiMartino Booth, a former advisor to the Dallas Fed, was on CNBC to give some analysis on the Fed’s current monetary policy. In Booth’s opinion, the central bank missed its opportunity for a rate hike some time ago. One of the methods of measurement of the robustness of the economy’s job market is the labor market conditions index, which has been negative now for six straight months. Other strategists also think they should have raised rates some time ago, and that this extended period of low rates will become a major problem long-term. Many are expecting a rate hike to finally happen in September, but it is still uncertain.

What this means for investors: If the Fed does eventually raise rates, gold will fall at first. However if these analysts are correct in their assessment that the Fed has missed its window of opportunity, rates could stay low for some time yet. There is still a palpable sense of fear as to just how strong the U.S. economy is and whether it can handle a rate hike right now.

Strategist Predicts Stock Market Rally Will End with the Summer

Last week U.S. stocks hit new all-time highs. However, investment experts are warning that the stock market’s current rally is approaching its end. One strategist compared it to a summer fling, calling it a “summer camp romance rally” and predicts that like a fling, it will fizzle out when summer turns into autumn. Another market expert also predicted that the stock market could see a significant correction before much longer.

One reason for the stock market’s attractive performance is that global government bond yield is at record lows. Instead, investors are moving towards stocks with more attractive relative valuations.

What this means for investors: The summer months are historically slower for gold, but gold has still made some gains through the summer months even as the stock market hit its highs. Post-Brexit fear sent gold and silver prices soaring, but price pullback through mid-July made this month a prime buying opportunity. Gold is ending July in the green, settling around $1350 by Friday afternoon.