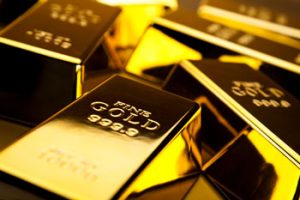 It was a mixed week for gold this week. Monday started out with gold continuing its upward move from last week and crossing $1,330 midweek. On Friday though it fell to just over $1,320. Silver also had a midweek spike. By Friday though, metals pulled back initially as the dollar index had strengthened.

Last week, President Trump announced that the U.S. would levy tariffs on imported steel and aluminum this week as a fulfillment of a campaign promise. The tariffs are touted as an effort to make domestic manufacturing more competitive, however, many analysts worry it could lead to trade war and higher prices. 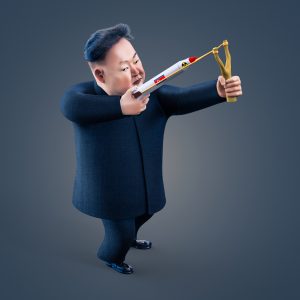 The tariff announcement immediately triggered fear of an impending trade war last week. It is reminiscent of the Smoot-Hawley Tariff Act of 1930 that led to higher prices, exacerbated the Great Depression, and hindered recovery. This week the White House gave further details on the tariffs and offered temporary, possible exemptions for Mexico and Canada as well as key military allies. Trading partners such Japan, Brazil, and as those in the European Union (among others) expressed strong disapproval and threatened (or imposed) counter-tariffs on U.S. goods.

Gold also got an early week boost on political uncertainty in Italy. The Italian elections over the weekend resulted in a sizable shift towards populist, anti-EU, and anti-establishment parties. This could lead to further push back against an already weakening EU by member states. In other geopolitical news, President Trump agreed to meet North Korean leader Kim Jong-Un sometime between now and May to discuss de-nuclearization. He will be the first sitting U.S. President to talk to North Korea’s leader by person or phone.

What this means for investors: The tariff announcement carried over this week in shocking the markets, and the uncertainty gave gold a boost. If a trade war shakes out, it will mean higher prices on goods both domestic and imported. Right now the move is causing uncertainty and prompting safe haven buying.

Political uncertainty in Europe as populist movements win elections and turn against the establishment is going to continue as well. Geopolitical instability generally leads to hedging with gold, and buying has been increasing significantly in Europe for a couple years now. The prospective talks with North Korea did the opposite and helped calmed the markets with the hope of diplomatic resolution to the crisis. These conflicting geopolitical factors contributed to the mixed week for gold. 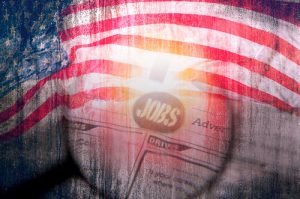 The prospect of diplomacy with North Korea helped to boost the markets on Friday, but the markets got the most significant lift from the U.S. Labor Department’s jobs report that was released. 313,000 jobs were added last month, which was slightly higher than expected. The unemployment rate remained low as well. The dark cloud for the jobs report was that wages only rose a tenth of a percent. This initially led to a decline in gold during Friday trading as it was a positive indicator for the economy. However gold reversed some of its losses as the dollar index weakened Friday against other currencies, and the weaker dollar meant higher gold prices.

What this means for investors: Economic indicators are a mixed bag right now though. The euphoria over the jobs report might not last as there are deeper, not-talked about worries on the horizon, which even Janet Yellen warned about recently. The most notable is the expanding U.S. debt. It’s been a scary prospect for years. Last year the projection for government debt for 2018 was $689 billion. The projection has now increased to $1.15 trillion for this year with increased spending and a drop in tax revenue. Inflation is already rising, and budget deficit numbers like these will spur it on. Check out these charts for more on the debt projections.

Gold’s Near and Long Term Prospects 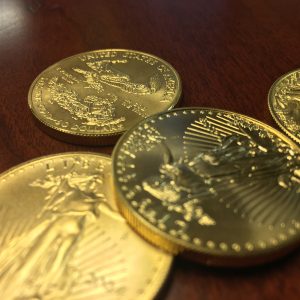 Despite this week’s pull back on the economic report, investors aren’t ditching gold just yet. One reason is because analysts are expecting a top out and correction of the stock market any day now. No one can agree on the exact timeline, but it can’t continue to hit record highs much longer, and ultimately complacency is going to lead to correction. Daniel Pinto, a co-President of JPMorgan Chase, forecasts the correction to be as much as 40% when it hits. Even despite gold’s pull back on lessening fear and more risk appetite this week, it is continuing to hang on, and silver looks like it is moving to catch up. Inflation is going to be a key feature as well in affecting gold prices as it starts to creep in.

What this means for investors: A strong dollar index was keeping gold down for much of this week. Metals continue to show resiliency though despite the prospect of rate hikes and a persisting stock market rally. It’s always a good idea to buy when prices are low. As the prospect of a stock market correction comes closer to happening, those who moved into safe havens like gold ahead of time will be glad they did.